Coming Soon! Austin Ban on Hand-Held Devices Behind the Wheel 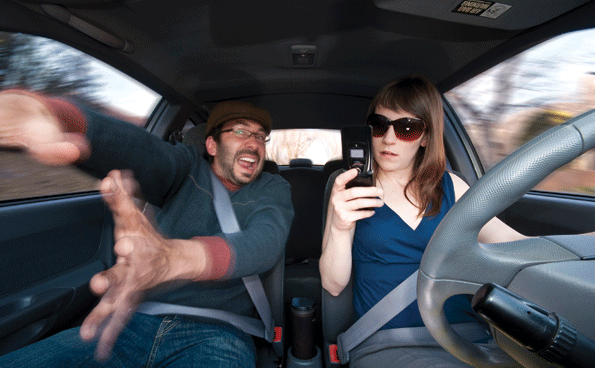 A new ban on cellphone use will start January 1, 2015 – which is somehow just three weeks away. The ordinance will ban hand-held cellphone devices.

Talking on your cell phone is a very common way to use time in the car. Many people think of it as an extension of their office or even wait to make calls until they have this driving downtime. This greatly increases a driver’s risk of being involved in a crash.

To mitigate this risk, technology companies have been marketing hands-free devices and automakers have been incorporating more vehicles with Bluetooth technology. However, most people still simply pick up the phone. This causes something called inattention blindness – since the brain cannot do two complex tasks at once, it literally does not see certain objects, i.e. red lights or pedestrians.

This new law hopes to lessen this danger. One of the biggest challenges law enforcement will face is public awareness of the new law. They plan to put signs in airports, on highways, and on social media to educate Austinites as well as those traveling through or in Austin.

The ban will also make it easier for APD officers to enforce anti-cell phone laws. Previously, it was difficult to tell whether someone was texting (illegal) or dialing (legal). In the New Year, if your phone is in your hand you are breaking the law and could pay up to $500.

Some of the best hands-free devices can be found here. Like us on Facebook and stay tuned for a Loewy Law Firm giveaway in January!

The Loewy Law Firm is committed to informing Austin drivers about the best ways to stay safe. For more ways to stay safe on the roads this holiday season, take a look at “7 Ways to Safely Celebrate the Year’s Most Dangerous Holidays.”