Austin SXSW Evaluation Released: What Is Next for the Iconic Festival?

Recently, we secured a $350,000 settlement for a young Austin woman who was seriously injured in the tragic South by Southwest accident this past year.

Like so many others, we were shocked when a drunk driver involved in a police chase ran headfirst into a festival crowd—killing four people and injuring over twenty.

Since the tragedy, debate surrounding SXSW policies has grown prevalent. Major issues—alcohol consumption and venue over-capacity, among others—are at the core of the matter. 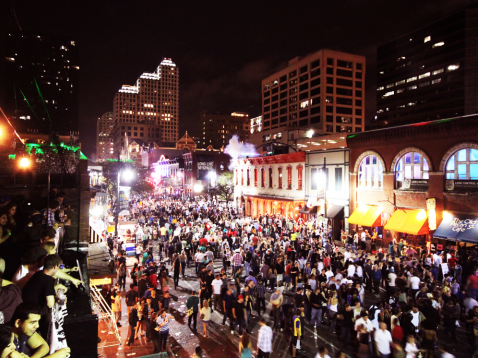 The city recently released its annual SXSW evaluation. While this is a yearly occurrence, this year’s analysis was closely followed. Never before has the city seen such drastic evidence of the need for policy change. True, the accident could have happened anywhere, but the fact is that drunk driving and overcrowding is an increasingly Austin-centric issue—we see it daily in traffic, car accident numbers, and DWI reports.

The city’s report says that alcohol consumption and venues at over-capacity because of large events are two major issues that need to be addressed. They proposed several ways to do so, including traffic management, increased law enforcement funding and staffing, and improved cooperation between venue management and city personnel.

The SXSW accident was a community tragedy that is still healing. We were glad to be able to do our part to help one of the victims obtain justice, and we support the city’s efforts to bring about positive change and make SXSW a safe and enjoyable festival.