I’ve been a cyclist for a handful of year now, and I’ve learned a few tips that will keep a biker safe and a motorist out of your hair. Although sometimes a fall is unavoidable, there are many that can be avoided or lessened in severity by keeping a few things in mind. Below are some helpful tips on how to safely travel by bicycle: 1. Pretend You’re Invisible It’s safe to assume that most drivers don’t pay too much attention to the presence of cyclists. For valid reason, we are not as big, brightly colored, and covered in… Read More

The number of bikes and pedicabs in Austin street traffic are ever-increasing. While sometimes there’s safety in numbers, it’s important to each bike rider to exercise the utmost caution when sharing the road with vehicles. Don’t Swerve Unexpectedly As much as you can help it, drive in a straight line. Cars don’t look out for things like gutters and drains like bikers do, so when bikers swing out into traffic it can take cars off-guard. Follow the Law You are a vehicle in the eyes of the law, which means you are still supposed to follow the… Read More 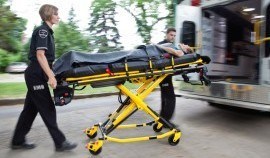 By Texas law, bicycle riders have the same rights and responsibilities as drivers of passenger vehicles. According to the Texas Department of Transportation, this means that bicyclists have the duty to ensure that they take reasonable measures to reduce the risk of causing preventable harm and to adhere to all traffic laws, including: Stopping at red lights and stop signs Staying within a lane and being aware of lane markers Riding near curbs and traveling in the same direction as vehicles Using lights at night and using proper signals for turns Unfortunate as it may be, even bicyclists who obey… Read More

KXAN news reported a tragic story involving Austin resident Bobby Crouch, who was seriously injured while biking on Barton Creek Blvd near Bee Caves Road. Crouch was hit from behind by a 20 yr old car driver, who was on his cell phone and not paying attention to the road. The driver swerved over and crashed into Crouch, and caused him to fly off his bike. Crouch sustained serious personal injuries, including a broken leg and broken back. He is facing months of recovery due to the negligence of this driver. TxDOT concluded that over 90,000 in Texas are related to distracted… Read More