5 Signs Your Child May Be a Victim of Daycare Negligence

Many daycare facilities have good intentions and prioritize your child’s safety and wellbeing. However, there are unfortunately some daycares that are negligent and irresponsible in taking care of your child while you are away, and it could result in physical, emotional or psychological harm to your child. These are the five most common signs of daycare negligence and abuse: Bruising or Injuries One time, it could have just been a trip or fall. But if you see your child coming home with bruises on many occasions, perpetually or consistently, there is a good chance that something is happening… Read More

Sharing the Road with Motorcyclists

Road safety is everyone’s responsibility. When it comes to sharing the road with motorcyclists, it is important to have awareness of a few key facts in order to prioritize everyone’s safety. Take a quick look over these five safety tips, and it could save someone’s life. Motorcycles take up an entire lane. Motorcycles are entitled to their own lane, even though they might not be as wide as pick up truck that is also entitled to its own lane. They are legally allowed to take up the entire lane, and they are not required to share it… Read More

How to Protect Your Child From Sports Related Brain Injuries

Sports can be fun, healthy and character building for children of all ages. However, sports can also be physically dangerous, with broken bones, fractures, torn muscles or concussions. Concussions are probably the most dangerous because they can result in severe traumatic brain injury, which can change or even end a child’s life. Here are some precautions to take for your star athlete in order to protect him or her as much as you can from concussions. Work Closely With Coaches and School Officials Ensure that the environment in which your child is learning about and playing sports… Read More

Children are seen tumbling around and falling down all of the time. It can be quite adorable. However, as people age, the consequences of falling become more and more severe. Falls are unfortunately common in seniors, and they can cause some serious injuries that could even be fatal. Learn about the dangers of of falls and how to prevent them. Injuries and Consequences from Falling Lacerations Hip fractures Impaired movement Traumatic brain injury Spinal damage Other fractures Developed fear of falling, which limits a person’s range of physical activity Death… Read More 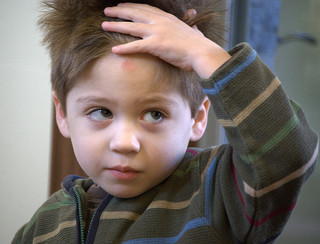 Children can be very self aware, but they are sometimes unable to properly express what they are experiencing. As a result, brain injury symptoms in children need to be observed by an adult, since they may not communicate their pain or confusion to you. General Symptoms First, let’s go over a list of general symptoms for severe traumatic brain injury—in anyone. These symptoms can sometimes be obviously disruptive and painful, but other times they might be just subtle enough to be waved away as a passing ailment. They are not mutually exclusive or inclusive of each other; they… Read More

In recent years, distracted driving has become a serious threat to public safety. Each year, driver distraction is responsible for thousands of injuries and deaths – all of which were entirely preventable. As states throughout the nation have recognized the horrific dangers distracted driving creates, numerous organizations and jurisdictions have adopted regulations and laws to reduce distracted driving accidents. Currently, Texas remains one of the few U.S. states without a statewide ban on texting and cell phone use for all drivers. Although Texas may be sluggish in recognizing the importance of these safety laws, the state has enacted several laws that target… Read More

What to Do After a Car Accident in Austin

Car accidents – or any type of auto accident – can be frightening, chaotic experiences. When emotions run hot and especially when injuries occur, victims may forget important steps they can take to not only protect their own well-being, but also the future strength of their personal injury claim. As the actions individuals take in the immediate aftermath of a car accident are of such crucial importance, the Texas Department of Transportation has focused on educating drivers about things to remember after a car accident in Texas. While situations will always vary, there are a few general measures motorists can take… Read More

Every year, thousands of criminal instances are reported on U.S. college campuses. In fact, studies indicate that as many as 35,000 crimes were reported at colleges and universities in 2005 alone. According to the Office of Postsecondary Education, many college and university campuses report multiple on-campus crimes every year. Sex crimes, such as sexual assault, are one of the most commonly reported crimes on college and university campuses. Burglary is another common on-campus crime. To avoid crimes, colleges and universities should anticipate crime before it happens and employ adequate safety measures to protect students. This might include independent research to determine… Read More

The NFL recently has been hit with hundreds of lawsuits by former players claim the NFL did not protect them enough from sustained Traumatic Brain Injuries (TBI). The big question in these lawsuits will be (a) what did the NFL know and (b) when did they know it? For example, if there is evidence that the NFL knew its players were likely to sustain brain injuries but did nothing to stop it from happening, the NFL could be found liable. The Loewy Law Firm has represented scores of clients who have sustained TBIs. A brain injury is without question one… Read More