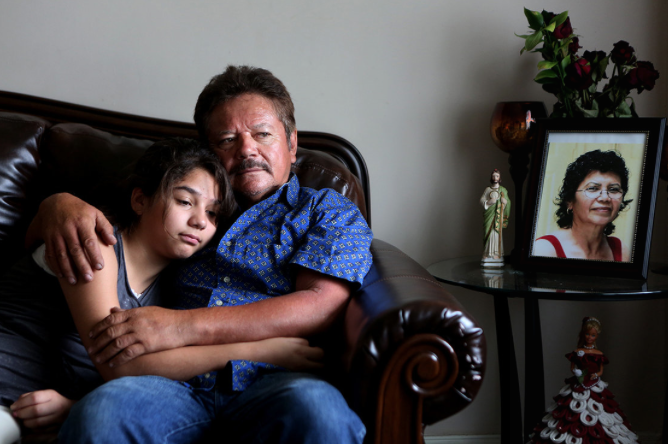 In the past few years, 18-wheelers and tractor-trailers—hauling huge loads and driven by newly licensed drivers—have been an increased and often deadly presence on the highways. Why? The Texas oil boom.

This boom, and the thousands of jobs created by it, was made possible by fracking. Fracking is a controversial process that unlocks oil and gas in shale formations. Texas has certainly seen an economic boost, but, as this article points out, it is not without a price.

The fracking boom has created a huge demand for tractor-trailers. The companies who hire and put drivers on the road can be untrustworthy, even in lieu of Texas Department of Public Safety warnings.

One company, R & F Quality Transportation, had acquired scores of safety violations, including defective brakes and marijuana use behind the wheel, before one of its drivers ran a red light and killed Vilma Marenco.

Our hearts go out to Vilma Marenco’s family. She leaves behind a husband and daughter who must now deal with this wrongful death caused by unsafe driving. Guillermo Gomez, her husband, asks only for a thorough investigation and for justice for his family.

The rising highway death toll can also be attributed to congestion caused by new traffic in smaller counties that are not accustomed to the risks entailed. Fatigue is often a factor in accidents, as employees are expected to work long shifts then drive half an hour or more from their work site to a hotel.

This begs the question—how can Texas improve road safety?

One strategy was to make it easier for permits to be taken from unsafe truck drivers. This is just the beginning, though. It is unacceptable that companies such as R & F Quality Transportation were still on the road—despite being ordered to cease operations—and caused the death of a Texas woman and the loss of a wife and mother.

Our law firm is committed to helping families who have been devastated by wrongful death. We will fight against a commercial company who has been negligent or criminal in their actions, and we are aggressive in pursuit of justice.

If you need help for a serious injury or wrongful death caused by unsafe drivers, please call our firm today to speak with an expert. We care about you and will help you decide how to proceed.