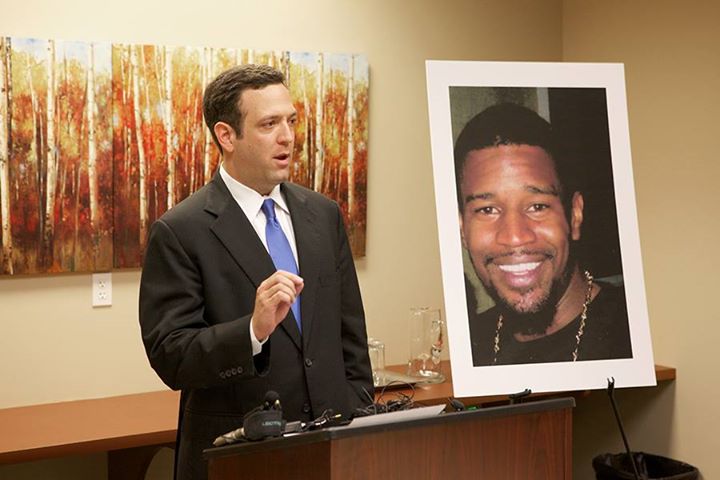 We commend the Austin city council for their decision to approve a settlement of $1.25 million with the children of Larry Jackson, Jr. Last year, Larry was shot and killed by former Detective Charles Kleinert after a foot chase. Kleinert went well beyond excessive force and murdered Larry—tracking him down, beating him, breaking his ribs, perforating his colon, and finally putting a gun to the back of his neck and pulling the trigger. The council voted 6-to-1 in favor of this initial settlement, which will benefit Jackson’s school age children.

The children, who are ten, eleven, and twelve, will be able to cope with at least the financial loss of their father and will use a large portion of the money to go through college.

The settlement marks a record payout by the city. We view this as an admission of excessive force. This kind of settlement would not be approved if the council felt the officer was at all justified in the shooting.

Jackson’s parents are happy that their grandchildren will get the financial support they need. We commend the Council but the fight is not over. We will continue to litigate for Larry’s parents and to make sure there is a criminal conviction.

Larry’s parents have filed a federal lawsuit against Kleinert, and we fully expect that the civil court ruling, which will now follow the criminal court proceedings of Kleinert’s manslaughter indictment, will set a new precedent for payouts. Only when the details of this horrific crime come to light in a court setting can our clients be fully compensated for what can only be described as unjustified murder.

Our law firm has handled numerous high profile cases in the past. Specifically, we obtained $1,000,000 for the family of Kevin Brown, which, prior to yesterday’s settlement, was the city’s highest payout. We also secured $750,000 for the family of Nathaniel Sanders, who was also killed by excessive deadly force.

The Austin media covered this important story and highlighted the ongoing battle for justice. Adam discussed this initial settlement and the future of the case on KXAN, KEYE, and Fox. Watch the segments to learn more about this increasingly important case. We predict that it will become a matter of national interest and we plan on aggressively pursuing the justice that Jackson’s family deserves.