Eliminating the Divide in Austin 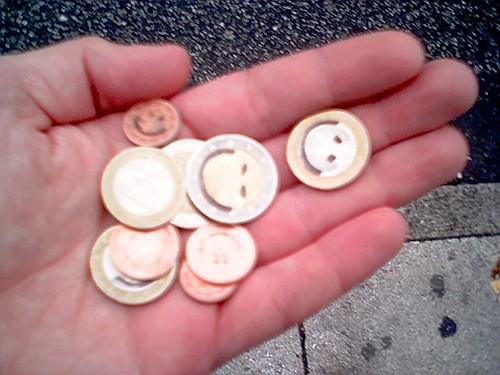 AUSTIN, TX – In light of the recent controversy over stickers placed on business walls and windows that read “Exclusively for white people,” community leaders in East Austin are pushing to narrow the gap between those that “have” and those that “have not.”

Change has occurred over the past 20 years, but that change has benefited some while leaving others on the fringe.

According to Nelson Linder with the Austin NAACP, change must include increased job training, job openings, and affordable housing for everyone.

“What we call affordable housing in Austin, for the most part, is not affordable to folks who are poor,” says Linder. “They are talking about the middle class and others. We have to redefine that based on the cost of living and also wages.”

The median family income sits at a solid $41,000 a year, but that leaves at least one in four people living in poverty.

The stickers are disheartening, but have served as a wakeup call to many. Focusing on race, however, does a disservice to other people in the area who are facing the same struggles and difficulties.

“If we concentrate on the small issue of the sticker, we won’t take care of the big issue of the lack of economic development of East Travis County,” according to Richard Franklin of the Gray Panthers of Texas.

Franklin points to the wiping out of a strip center and many businesses along both 11th and 12th streets. As these businesses were bulldozed, high-end apartments took their place, pushing many longtime residents out.

To effect change in the neighborhoods in East Austin, economic revival must take place and it must include all residents, not just those resting comfortable in the middle class.

Community leaders and council members plan to meet on April 18 to discuss the issues that plight the underserved of East Austin. According to Linder, a $5 million investment on the part of the city could see sweeping changes happen within a year.

Closing the gap between the rich and the poor is something that the entire country struggles with. Improving civil rights for those who are not in the majority when it comes to race or income is an issue that is faced by all. It remains to be seen how the city of Austin will address the issues.