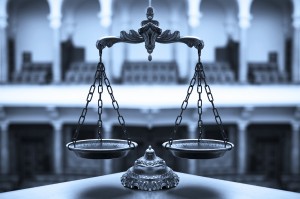 American consumers depend on other countries for much of the food they purchase every year. The US exports annually about $133 billion in food, the majority consisting of soybeans, corn, and meat/poultry; as well as importing food valued at $110 billion in fish, vegetables, and fruits. Imported foods can create product liability issues for any company that handles them, throughout the entire distribution network.

The top food importers to the US are: Japan, China, and Mexico, even Peru and Colombia have more US-registered food facilities than many states. This imported food puts an unreasonable burden on the Food and Drug Administration (FDA), the governmental agency assigned to inspect the imported food. The FDA not only is responsible for inspecting human food, they are also charged with inspecting pet food, drugs, cosmetics, and a host of other products. The sheer volume of goods that cross US borders and enter US ports is crushing.

Imports from China have been making headlines with some regularity over the past few years. There was melamine in milk; cadmium in rice, tainted dog food, and vinegar laced with anti-freeze. In 2013, contaminated vegetable proteins manufactured in China sickened and killed dogs and cats in the US. Just as that was being resolved, 3,600 more dogs were sickened by jerky treats from China. The New York Times reported the FDA had found that 12 percent of spices imported into the US are contaminated with salmonella, among other things.

Many of these products should have never reached the shores of the US, much less had their defects discovered by unsuspecting consumers, who trust that their food and other purchases are safe for them to eat. The US Department of Agriculture (USDA) has banned all meat and poultry from China until last fall when the total ban was lifted to allow “cooked chicken” to be exported from China into the US. Parts of China are so contaminated with arsenic, mercury, lead, cadmium, and other toxic chemicals, that even though the USDA now allows “cooked chicken” to be exported, the chicken cannot be raised or slaughtered in China.

The FDA has strict regulations, but in 2010 only about 2 percent of all imported products were inspected, and less than that was inspected in 2013, as imports volume increased. Even less food is actually sampled and tested for defects. Before the Food Safety Modernization Act (FSMA) became law on January 4, 2011, the FDA inspected fewer than 200 food plants around the world. The FSMA now mandates that 600 foreign food facilities are inspected every year and that the number should be doubled every year for the next five years, which translates to fewer than 10,000 locations. There are over 449,859 registered food facilities globally that export to the US, at the rate mandated by the FSMA, it would take 28 years to inspect just the current foreign food facilities.

The total number of food import lines for FY 2011 was 10,439,236. FDA physically examined 2.3 percent, or 243,400, of the food import lines. It is important to note that while the FDA is not able to physically inspect a large percentage of food entries, we electronically screen all import entries using an automated system, which helps our field inspectors determine which products pose the greatest risk and, therefore, should be physically examined.

The complete report can be found at the following link:
http://www.fda.gov/food/guidanceregulation/fsma/ucm315486.htm#data

After examining the numbers, the magnitude of the possibilities for damage to American consumers becomes apparent. Foreign and American companies can be liable for the injuries to US consumers. Additionally, these companies could face negligence per se claims for violating the Food, Drug, and Cosmetic Act (FDCA), the Nutrition Labeling and Education Act (NLEA), and other FDA regulations.

Any company that sells a defective product, which includes food, may be subject to strict liability. That extends to every business in the food chain, or distribution web that can be sued under the presumption of joint and several liability.

Claims of negligence can be made against companies for failure to exercise reasonable care. However, if negligence per se is determined, they are automatically negligent.

Breach of warranty can be either express or implied. Breach of express warranty arises when a consumer relies on information or a promise contained on the label that is incorrect. Breach of implied warranty requires that the consumer show the seller knew the product was lacking, and injury resulted from that deficiency.

Fraud and misrepresentation are another cause of action regarding labeling and advertising. Claims made about the product to deliberately mislead the consumer, would fall under this type of product liability.

There are laws requiring the testing of products, especially concerning health and beauty products. These rules do not always apply to food since the FDA has assigned most foods the “generally regarded as safe” (GRAS) statutes. This might also apply to the packaging of foods and other products.

While the American food supply is among the safest in the world, the Federal government estimates that there are about 48 million cases of foodborne illness annually—the equivalent of sickening 1 in 6 Americans each year. Each year, these illnesses result in an estimated 128,000 hospitalizations and 3,000 deaths.

While not all of these illnesses and deaths can be attributed to import food, they are all the direct result of failures in the food system and most have resulted in litigation. Consumers have the right to expect food and other products to be free of contamination and safe to eat and use. The complexity of the global food system makes inspection and testing of every food impossible, however, it has been deemed safe by the government, or it would not be in the marketplace.

If you or a loved one has suffered a personal injury, contact The Loewy Law Firm today for a free consultation.