The story of Michael Morton is one of the most chilling and shameful chapters in the history of the American legal system. Michael was a 32-year-old ‘Everyman’ living in Williamson County in the 1980s – he was white, married, had no criminal record and worked at a supermarket. Just a typical American living a typical American life.

His whole life was shattered one terrible morning upon learning that his beloved wife had been brutally murdered in her bedroom. Michael came home from work to see her but before he could even begin mourning, it was clear that the Williamson County Sheriff believed he was a suspect. As a result of corrupt police work and covering up key information, Williamson County officials (including the young District Attorney Ken Anderson, who later became a Judge) charged Michael with his wife’s murder and prosecuted him. The trial was a circus and resulted in his conviction – even though he was completely innocent.

Michael Morton spent 25 years in jail for a crime he did not commit – he was literally an innocent man in jail. Thanks to incredible legal work by Houston lawyer John Raley and the NY-based Innocence Project, Morton was finally freed last year. His story has received widespread attention and he has been featured on 60 Minutes and other shows.

Michael recently published a powerful memoir – “Getting Life: An Innocent Man’s 25 Year Journey from Prison to Peace” – and we highly recommend it to anyone interested in the legal system and justice.

Our law firm devotes a part of our practice to civil rights cases, including police shootings and wrongful imprisonment. These cases are very difficult. A plaintiff in these cases is up against difficult law, the Government and its unlimited resources, an often unfriendly media (who are happy to parrot the Government spin) and public opinion that generally has a knee jerk reaction to support the Government in these cases.

Even though the cases are very difficult, we selectively do them because we believe that civil rights lawsuits are often the only thing that prevent Government from doing whatever they want. If we as a society do not have lawyers challenging Government officials who wrongfully kill or imprison citizens, the Government will get away with anything it wants. 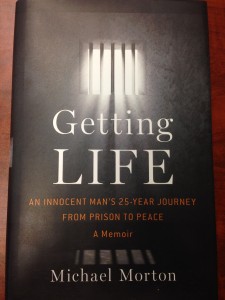