Mike Martinez: What You Need to Know

Mike Martinez is running to become Austin’s next Mayor. He has previously served on the Austin City Council for eight years. During this time, our law firm has interacted with Martinez several times on civil rights cases. He is a very dishonest public servant with a lengthy history of lying and making disparaging remarks about African-Americans. Let’s examine his record:

1. Mike Martinez has lied about his educational record. Mike Martinez does not have a college degree. That much is clear. What is unclear is whether he attended college at all. Martinez recently told the Statesman he graduated from junior college. However, according to an Austin Bulldog investigation, Martinez only attended Temple Junior College for one semester and dropped out. He never graduated from junior college – but is currently telling the Statesman that he did.

2. Mike Martinez has made disparaging remarks about African-American leaders. In 2011, the Austin-American Statesman obtained emails sent by Councilman Martinez in which he referred to City Manager Marc Ott and assistant City Manager Michael McDonald as “jokes” and “clowns”. Ott and McDonald are both African-American. The NAACP filed a complaint against Martinez and he later was forced to apologize. The true irony of Martinez’s defamatory attacks is that Marc Ott holds both a college and graduate degree – while Martinez only holds a high school degree.

3. Mike Martinez broke a deal with an African-American family and got sued for it. In 2010, our law firm represented the family of a young man killed by an Austin Police Officer. APD later fired the police officer and the City’s own internal investigation confirmed the officer had employed excessive force. The City negotiated a $750,000 wrongful death settlement with our clients and signed a settlement agreement. Then Mike Martinez got involved.

Martinez orchestrated a plan to back out of the settlement, and for the first time in the entire history of the City of Austin, the City broke a settlement agreement. Martinez then went on KLBJ Radio and stated he believed the parents of the slain child should pay the City back for attorneys fees. (“Jeff Ward Show”, 8-7-2010)

Our law firm was then forced to file a breach of contract lawsuit against the City and Martinez. After another year of litigation, the case then settled for the originally agreed-upon sum of $750,000.00.

Martinez’s actions on this case show he is a deeply dishonest man who believes it is permissible to back out of signed agreements. Do we really want someone like this to be the leader of Austin, Texas?

4. Mike Martinez is a bully… and proud of it. Mike Martinez apparently prides himself on having a “hard charging” and “combative” leadership style. Put a different way, he is a very confrontational person who has been known to bully people at City Hall. As one of his previous supporters recently notes: “If you disagree with him on some fundamental aspect of a proposal that he is bringing forward, he tends to shut you out of the conversation from then on.”

Is this the leadership style we want in our next Mayor? 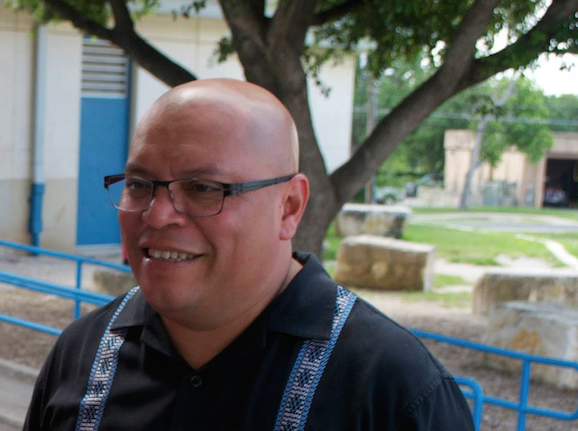