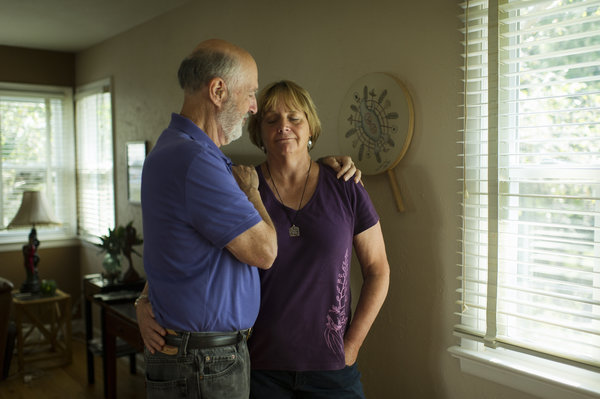 Jeffrey Craig Hopper, an Austinite, was featured on NPR for his story. While coaching a Little League team here in town, a wayward baseball hit him in the eye.

Flash forward to the emergency room. Jeffrey received surgery for broken facial bones. Jennifer Hopper, Jeffrey’s wife, had driven him to a clinic that she knew was within their insurance provider network.

The bill, though, told a different story. After paying copayments and settling with the hospital, the ER doctor sent a separate bill. It turns out that while the hospital was in-network, the ER doctor was not. State law does not require doctors to join insurance networks, and often they get paid more for performing out-of-network services.

Patricia Kaufman, pictured with her husband Alan, was billed more than $250,000 to sew up an incision after back surgery. This task was usually done by a resident during previous operations for Ms. Kaufman’s chronic neurological condition.

Sound confusing? This complex economic system is at play in most emergency rooms and surgery rooms. Often, patients who are not in a position to negotiate or refuse services (for instance, whilst lying a stretcher heading into emergency surgery) are treated by out-of-network doctors when an in-network doctor or even a nurse or assistant could have done the same job.

What does our law firm do about this? One, we have a network of physicians who we trust and have worked with. Two, we have established relationships with Austin area healthcare providers and treatment centers. Ultimately, we leverage all of these things to provide the best possible care at reasonable prices, ensuring that you can use your settlement for the things that matter. Alongside an established track record of substantial and speedy settlements, the Loewy Law Firm will help you get your life back on track after a major accident or injury.

You can read about this issue in further depth here:
NPR
The New York Times