Understanding The Risk Of Rabies In Dog Bites

Rabies: What makes it fatal?

With over 55,000 fatalities due to rabies annually, it is of utmost importance to give this virus some attention. There are other cases which are unreported and are usually unrecognized by family or even health officials. Because of this, the risk is higher in children than in adults, and it is more likely that the numbers are higher than what is being reported.

What is rabies and what causes it?

Rabies is a fatal viral disease that can cause acute encephalitis or inflammation of the brain. It is zoonotic, which means it can be transferred to humans from other species through a bite from an infected animal. The highest cases reported come from dogs which are not vaccinated against rabies.

When a human is bitten by an infected animal, the rabies virus goes up to the brain through the trail of peripheral nerves. From the time of the bite, it usually takes a few months in humans for the first symptoms to show up, depending on how far the bite is from the brain. Once the virus reaches the brain, the symptoms and infections will begin to show; however, at this point the disease is rarely treatable and could lead to death within a few days. Hence, early detection and reporting of the bite is of utmost importance. 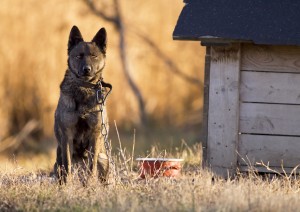 The incubation period, or the time before the symptoms first show up can last from 2-12 weeks. The following are the symptoms of a person who has rabies:

When the symptoms show, chances of survival are rather slim despite the presence of intensive care.

It is possible to cure the disease if treatment is applied within 10 days after being infected. If already bitten, thorough washing of the wound with soap and water for about five minutes is advisable to reduce the viral particles present. The US Center for Disease Control and Prevention also recommends taking one dose of human rabies immunoglobulin, as well as four doses of rabies vaccine over a 14 day period. The first dose of the latter should be given as soon as possible after the bite. And the succeeding doses on day three, then on days seven and fourteen.

Dog bites are a serious concern, and should never be dismissed regardless if the dog is vaccinated or not. To understand your rights in dog bite cases, contact The Loewy Law Firm to schedule an appointment.