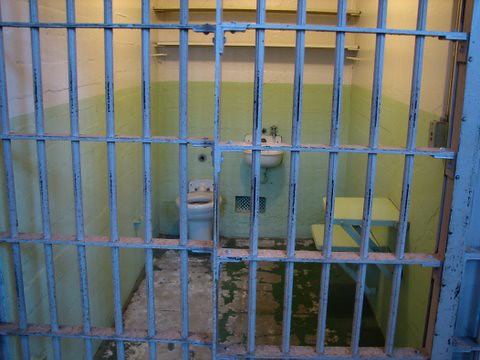 WALLER COUNTY, TX – On a normal Friday, Sandra Bland, 28, was driving through a Texas town and found herself pulled over by the police. The incident resulted in a charge of assault on a public servant, Bland’s arrest and, ultimately, her death.

Friends, relatives, and activists are all questioning the official report: suicide by hanging.

A friend told an ABC affiliate, “The Waller County Jail is trying to rule her death a suicide and Sandy would not have taken her own life. Sandy was strong. Strong mentally and spiritually.”

A video depicting a portion of Bland’s arrest was released to the media. In it, Bland is on the ground being held down by authorities. She seems to be protesting her arrest, but the recording does not clearly pick up what she is saying. What you can hear is Bland saying, “You just slammed my head into the ground, do you even care about that? I can’t even hear.”

According to the Waller County Sheriff’s Office, Bland, then an unnamed female inmate, was found in her cell Monday morning not breathing. She was found at approximately 9 a.m. and CPR was immediately started. Bland was pronounced dead just a short time later. She was called an “unnamed female inmate” in the initial report because the Sheriff’s offices had not yet notified the family.

An investigation has been initiated into Bland’s death. The Texas Rangers are conducting the investigation along with the Federal Bureau of Investigation. Once the local investigation is complete, the FBI will review the evidence to determine if federal charges are warranted.

District Attorney Mathis released a statement on Facebook, saying that his office is consulting with the Texas Rangers, “Once the investigation is complete, the matter will be turned over to a Waller County grand jury for any further proceedings deemed appropriate by them.”

If you have been injured, our team is here for you. Contact our experienced team today for assistance. Initial consultations are always free.