Larry Jackson Federal Court Hearing: What You Need to Know 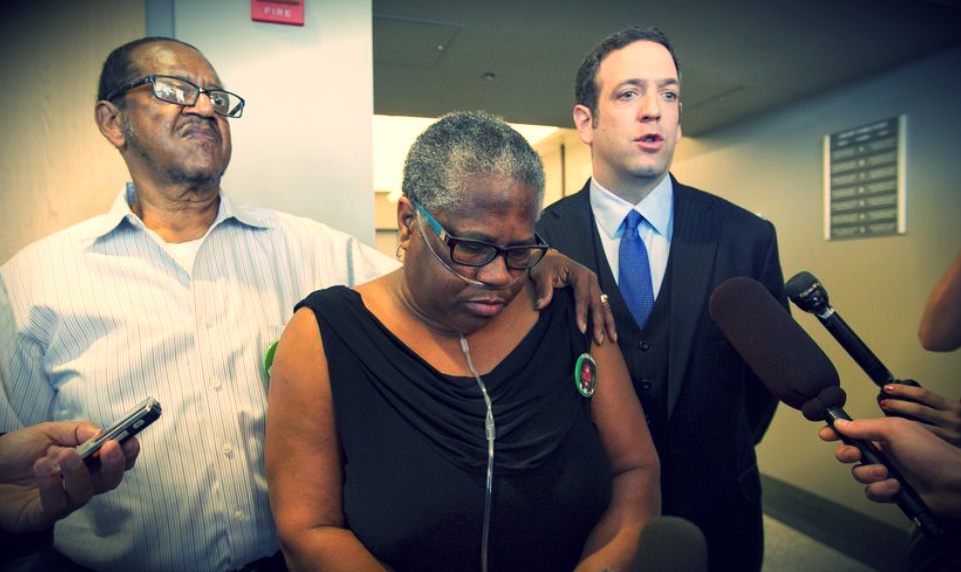 In July 2013, APD Detective Charles Kleinert tracked down Larry Jackson, brutally beat him, and then murdered him by placing a gun squarely on the back of Larry’s neck and pulling the trigger. In May 2014, a Travis County Grand Jury indicted Kleinert on the charge of Manslaughter. Since then, Kleinert’s criminal defense lawyers have sought to have the case moved to Federal Court.

On April 9, 2015, there will be a very important hearing in Federal Court which will decide which Court this case will be prosecuted in. Here is what you need to know:

1. Why is Kleinert trying to move the case to Federal Court?

There are two major reasons Kleinert is trying to move the case to Federal Court.

A. Conservative White Juries. The jury pools in Federal Court are drawn from outlying counties (e.g. Williamson, Hays, Burnet, Washington). Citizens from these counties are almost always white and very conservative. For example, in the last Federal trial our law firm did, the jury was literally all-white and there wasn’t a single African-American or Latino in the jury pool (50+ people).

In sharp contrast, juries in Travis County are diverse. Kleinert would obviously rather have an all-white conservative jury deciding this case as opposed to a racially diverse jury that would await him in Travis County.

B. Immunity Defense. The second reason Kleinert is trying to get to Federal Court is because he wants to use a federal immunity defense. This immunity defense basically argues that if he “accidentally” shot Larry, Kleinert has the right to qualified immunity and cannot be prosecuted. We do not believe this is a correct application of immunity law but this is what Kleinert’s lawyers are trying to do.

2. What will happen at the hearing?

Our law firm is not involved in this hearing but it is our understanding that there will be a lot of testimony from witnesses who have information about what happened on the day of the shooting. There is also a chance Kleinert himself might testify. There will also be a lot of legal argument from the lawyers involved.

2. Will the Judge rule this week?

Likely not. The hearing is expected to last at least two (2) days and will have a lot of evidence and arguments. The Judge will need to analyze the evidence and then write an Order. We do not expect a ruling for several months.

3. What happens after the Judge rules?

The Judge will either rule the case should be in Federal Court or it should go back to State Court here in Austin. Either way, we expect there is going to be an appeal to the Fifth Circuit (especially if Kleinert loses this hearing). Put simply, we have a very long way to go on this case.

4. What about the civil case?

We are very honored to represent Larry’s parents in their wrongful death case against Kleinert and the City of Austin. Larry’s wife is also involved in this case. We are set for trial in the civil case in January 2016. In the meantime, we are about to start taking depositions in the civil case. In May, we will be deposing City Manager Marc Ott, Police Chief Art Acevedo, and several witnesses to the incident.

We will continue to update the community on this historic case and we will not rest until we obtain justice for Larry Jackson.