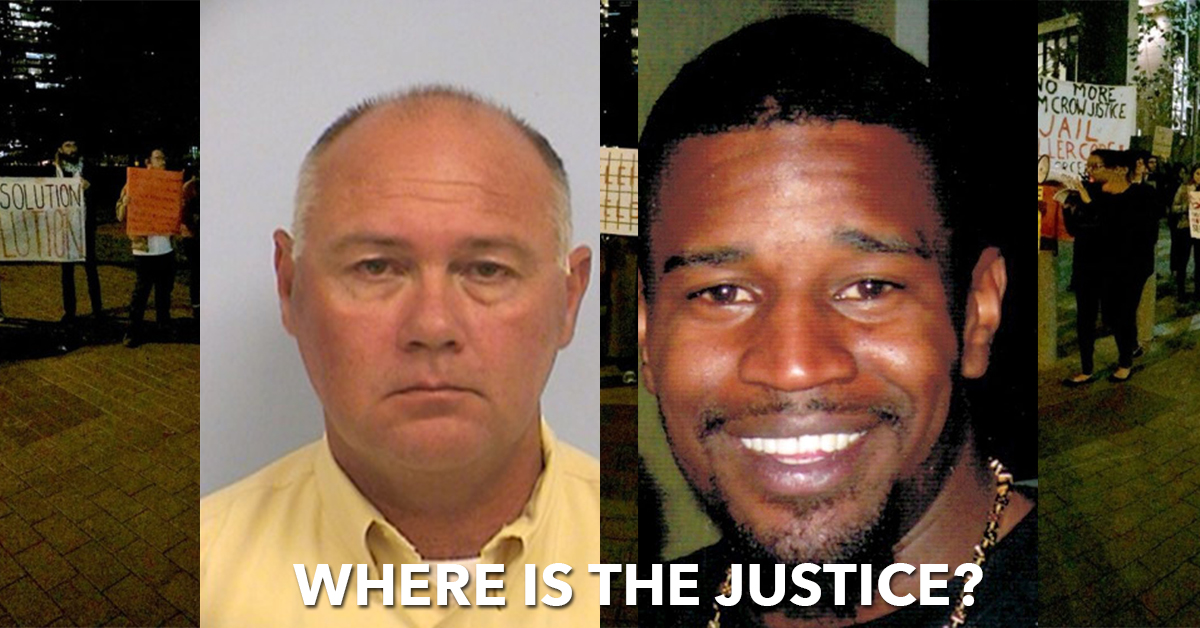 October 29 was one of the darkest days in the history of Austin, Texas.

A Federal Judge granted immunity to former Austin Police Officer Charles Kleinert, who killed Larry Jackson Jr. Kleinert tracked Larry down, beat him and then put his gun on the back of Larry’s neck and pulled the trigger. Larry was on his hands and knees when he was shot. A muzzle imprint was literally on the back of his neck. Kleinert admitted under oath that Larry was not posing a threat to him.

Kleinert was subsequently indicted for Manslaughter but due to some arcane law from the 1800s, he was able to convince the Court he cannot be prosecuted and the charges were dismissed.

One can analyze this case in many ways but the major lesson is this – in the year 2015, a police officer can kill a citizen and there is a 99.9999% chance he will never be held criminally accountable.

November 2, District Attorney Rosemary Lehmberg announced this ruling will be appealed. We applaud this decision. We are extremely honored to represent Larry’s parents and we intend to pursue justice for their family.

The ruling captured national attention. Below are links to news stories, local and national.